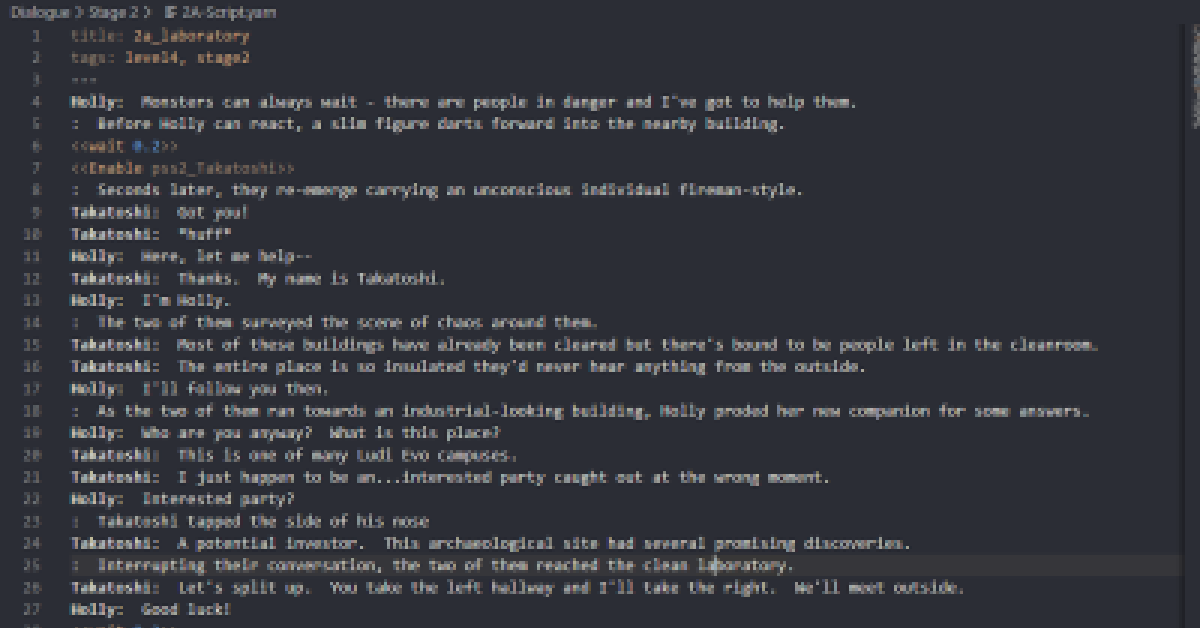 This sprint’s update will be brief as I’ve just been slogging through the writing.  I can only hope that once I cut through the first drafts the editing will be easier.  Even with the mentality that I don’t have to get everything right the first time, I find myself questioning the flow of scenes and struggling to translate the narrative in my head into one that works well as a visual novel.

Part of the problem is the type of story I have set up — there are a lot of really interesting events and concepts at play, but many of them don’t leave room for character dialogue in the build-up.  My instinct as a writer is to paint a picture with words, but that ends up filling the dialogue box with a bunch of “narrator” text rather than the characters themselves speaking.

At the same time, I can’t afford to visually depict every aspect of every scene, so relying completely on the art is also out of the question.  This puts me in the bind of trying to describe via a conversation between characters (or self introspection) while keeping it natural-sounding.  This process is…difficult.

As seen on the board above, this sprint’s progress is just in script writing.  I finished the first tier choice sets and I’ve started tier-2.

I also don’t have any new artwork this week, which means I will probably have some at the end of this sprint.

It almost doesn’t feel worthwhile to put out a sprint review without something cool to show off, but these scripts I’ve been working on are just as important as flashy animations.  They represent a solid amount of progress and effort put towards this game, and I think it’s really important to celebrate that accomplishment.