Hello all!  These past two weeks have been mostly occupied with design and logistic work in order to make sure that all of the art documentation is complete.  I’ve established a pretty good buffer now so there should be minimal roadblocks for my artists.

I was hoping to get to some dialogue editing and branching narrative development, but that will have to wait for next sprint.  In the near future I’m also planning to work on the sound design of the game — a facet which I haven’t yet begun to work on. 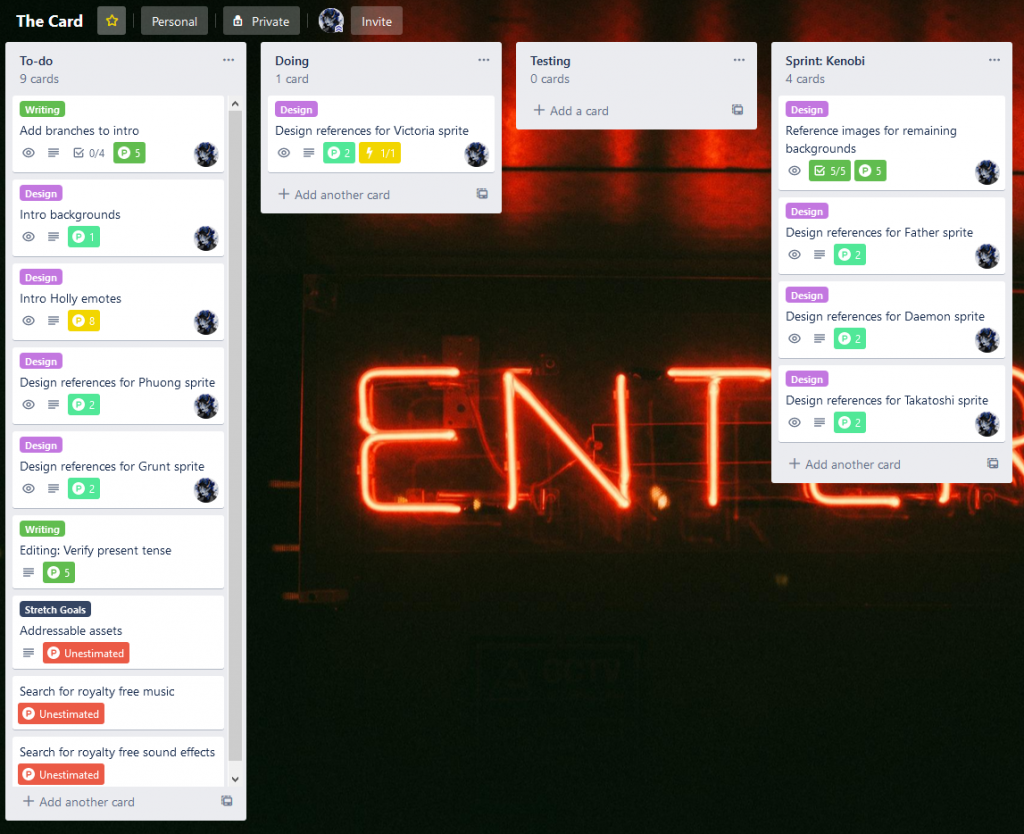 As you can see, the backlog is much more loaded than the last sprint review.  I’ve spent more time planning out the roadmap for finishing the game and a lot of the work that I’ve been doing is in effort to make sure that none of the work is bottlenecked.

My highest priority has been making sure that both my artists have clear references and descriptions for the remaining assets.  All the backgrounds are clear to proceed and there’s a solid buffer of sprite documentation for my character artist — and the rest of the documentation should be completed shortly.

Unfortunately, there have been a couple of setbacks this sprint.  First, my productivity is still less than what it was pre-covid and I had a pretty severe depressive episode this past week which slowed me down significantly.  My sleeping patterns were affected which had a cascading effect on other parts of my life. 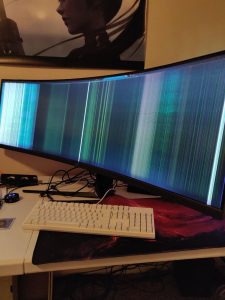 Additionally, tonight, my work monitor decided to die on me.  I’ve had this monitor for less than a year and it’s given me trouble the entire time.  Admittedly, it was a bit of an impulsive buy, but I had high hopes that the large amount of screen real-estate would be an asset for gamedev.  Right now I’m working on a backup setup but I will need to find some kind of long-term solution eventually.

At this point in time there are six out of ten backgrounds complete and Holly’s sprite has been completely finished.  This leaves four backgrounds and the NPC’s left, along with the stretch goal of adding in CG’s for the route-ends.

While I won’t spoil the surprise on all of these fantastic pieces of art, I will share a mockup of Holly on top of one of the existing backgrounds.

My goal for this upcoming sprint is to finish out the art references and have a completed version of the intro scene.  The nature of this game is such that the early / higher scenes have more branching potential than the ends, which makes it difficult to write for either.  Once I finally ship, I’ll be able to do a deeper retrospective on the narrative design.  Until then, there’s nothing for it but to keep on writing.