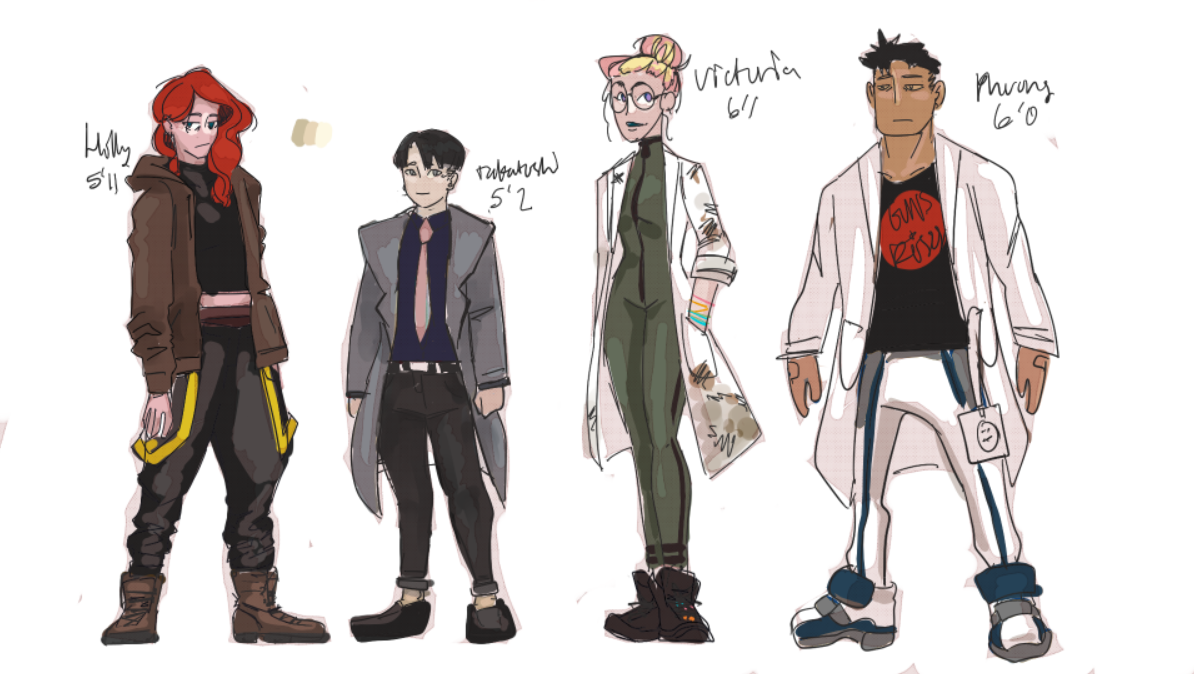 When I started this sprint I was just getting started it felt like.  I was borrowing placeholder assets from The Arcana just to try and proof-of-concept out what a sprite system might look like.  These past two weeks have been leaps and bounds forward.

I have achieved the first milestone of many:  a playable build on my android phone.  The basic functionality is entirely present.  All 15 scenes in the main route have been mocked up with placeholders — the backgrounds are just spot-holders I found online, but the sprites are all from concept art.

In many ways, Sprint Mara was a mad drive towards having a first playable on my phone.  Since the end of last month I’ve been working on getting more involved with my local IGDA chapter and I didn’t have a completed build to bring to any of the events.  In hindsight, I could have been building much sooner (it’s much easier to build for android than many tutorials would have me believe), but I wanted to get everything “just right” for a first playable build.

Warranted or unwarranted, the hard work paid off and I have a fully functional prototype on my phone.  Stubbed scripts play out for each of the eight routes, along with the ability to unlock a secret ninth route.  I also managed to get save data working as intended, along with player preferences for the options in the main menu.

Along the way, I ended up wasting a lot of time suddenly concerned about iOS devices, which were never in my original plans to release the game onto.  I started noticing just how many of my friends and colleagues had iPhones.  However, I’m still a long way off from shipping the game and after some conversation with friends, I discovered a couple more budget-friendly options to allow me to ship for iOS should the need arise.

The first of the changes involves a new main menu with more dynamic button control and a pop-up options panel. These options are saved to playerprefs and loaded when the player starts the game so changes persist between sessions.  The “clear save data” removes player progress both within a route and the hidden variables that carry between routes.

I’m also playing around with game titles and thinking about calling it “cardgame”.  If anyone has suggestions, let me know in the comments.

Next up we also have a “continue” option if the player is mid-way through a route.  This restores them to the beginning of the scene they were playing automatically, and this data also saves between play sessions, along with the narrative variables via binary formatting.

Finally, if the player completes a certain set of routes and obtains two key pieces of information, it will unlock a hidden ninth route accessible from the main menu called “the final draw”.  I’m not entirely sure what the ending will be in the final version but I have something in there right now that is pretty entertaining, so I won’t spoil it.

Art development has been proceeding as planned.  This sprint, I have some new color modifications to show you and our next goal is to flesh out the full version of Holly’s sprite.

I really love seeing these characters come to life and take on a real personality.  It’s exciting seeing the vision I have realized in the pixels, as it were.

Making a game is an extremely difficult endeavor and I’ve had to make a lot of sacrifices to push to this point.  I wouldn’t trade it for anything though, because I’m enamored with the idea of bringing something creative to the screens of people around the world.  I’m excited by the ability to be a force for entertainment and joy like the many games that have inspired me.  I want this game to be an inspiration to others, and I am looking forward to what comes next.