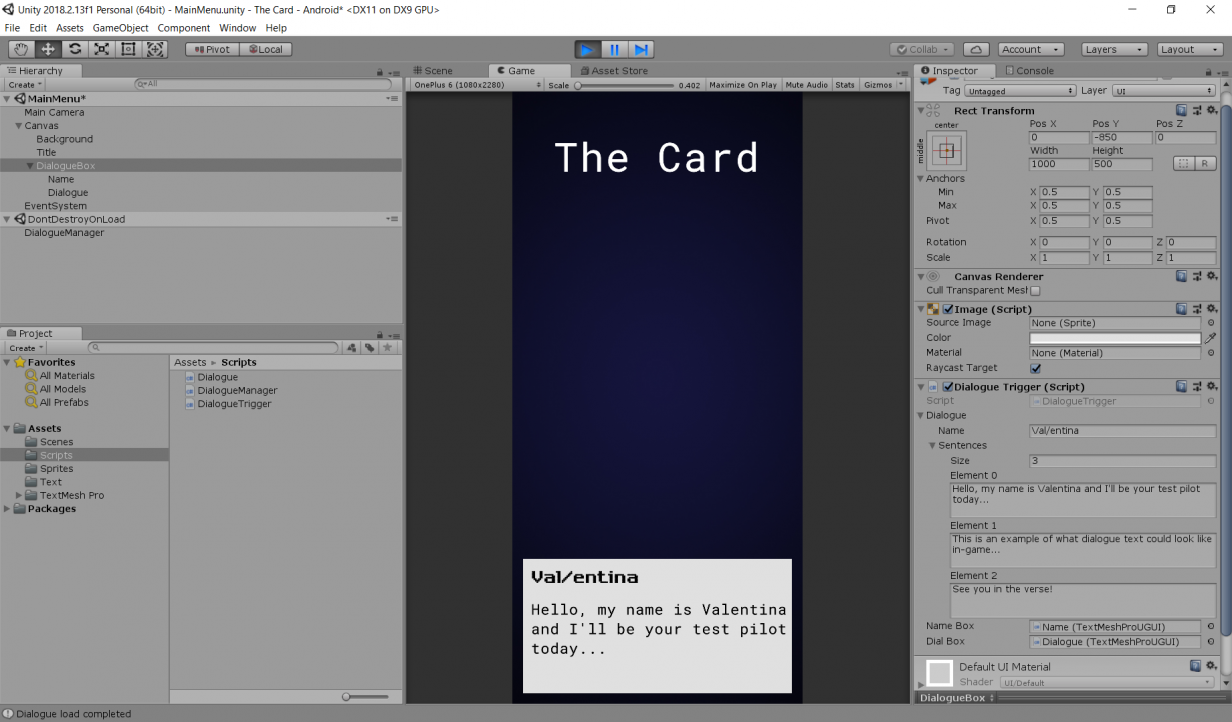 After a long time away, I’ve finally managed to get back into the swing of things with a little bit of time each day dedicated to development.

Hey guys!  It’s been a few months since the last developer diary.  I spent most of that time getting orientated to a new work and academic schedule but I think I’ve finally found my groove and I’m very ready to get back into the swing of things.

To be honest, I think one of the hardest parts of development is finding the time (and discipline) to sit down and work on things.  It’s so easy to come back home after a long day and just sink into the desk chair and lose yourself in a game.  It’s a little harder for me because I have to try and wrestle my bipolar disorder at the same time.

The primary accomplishment here was this feature.  The dialogue class contains any number of sentences and an NPC name.  I’m not sure I want to stick with this format long-term because I would like to be able to read in dialogue through an external file, so this is just temporary scaffolding.  However, it demonstrates the capability to have a persistent dialogue manager which feeds in text at appropriate times.

I also started writing a game design document (GDD) and I’ve got a pretty good handle on the direction that I want to take the game.  I’m borrowing from an old story idea I had one night.  The general premise is that this is going to be a story-based game similar to a visual novel with elements of choice.  Players will be able to choose how they want to play the game and that will affect their stats, which will affect the ending they get.  (Isn’t that what all games technically are though?)

I also started using VS Code as my editor. It’s great!

I feel optimistic about the future.  Until next time!