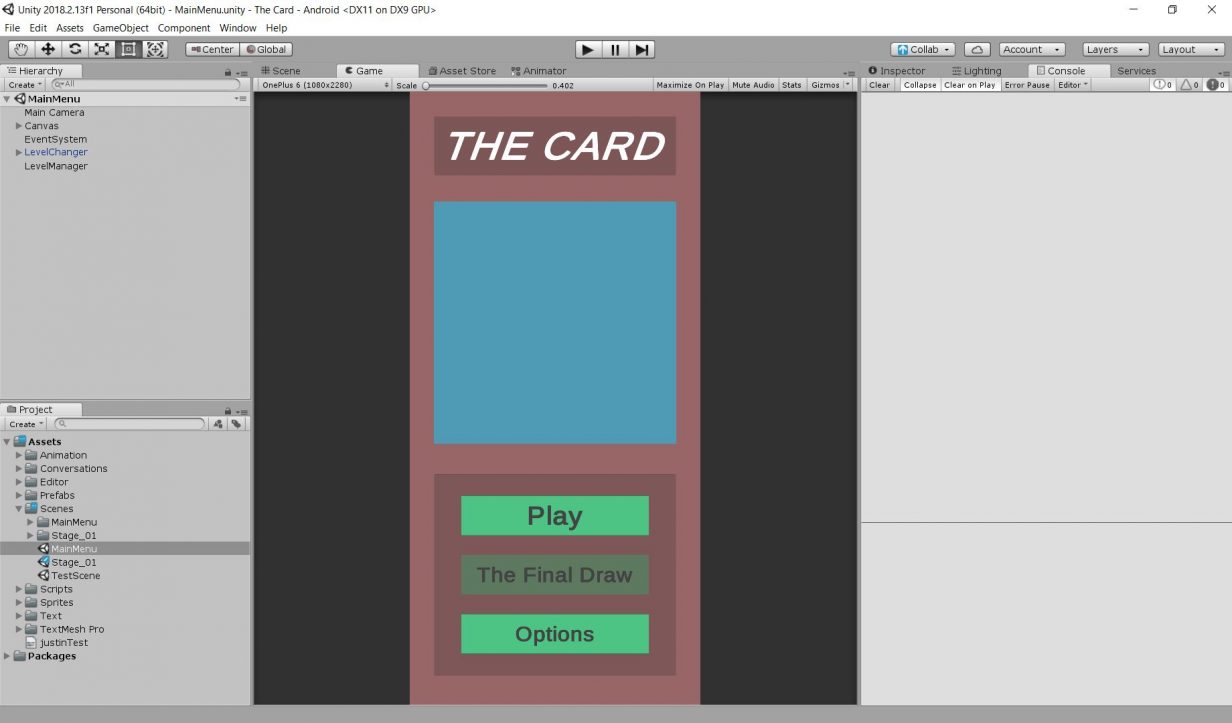 I think things are finally starting to come together.

As I mentioned in my last blog post, my top priority very recently has been finding a job to sustain myself.  Despite my best efforts to locate a job in the game industry, the circumstances of my situation required me to accept the first appropriate job that crossed my path, and I am currently working as a web developer.

While this is a setback for my overall goals of making it as a game developer, I now have a stable job sustaining me.  With proper discipline and time management, I’ve been able to work on The Card in addition to my full time job, and I’m excited for the future.

After an extended transition (moving to yet another city, finding an apartment, acquiring a bed, trying to get internet to work), I finally reached a position where I was able to work on The Card regularly last week.  I’ve been averaging about 2 hours per week night of pure development time, and progress has been coming along nicely.

My dialogue animation, with the demonstration of tapping while it’s auto-typing to instantly complete the line:

In other exciting news, I’m getting a new monitor to help with development.  The ones I currently have are dying on me, and using Unity on my laptop screen is a pain when I need to have a lot of editors open at the same time, like the animator timeline.  As time goes on, I’m going to really be able to invest in my development pipeline and get myself the tools I need to be better and faster.  I can already tell that this whiteboard has been a huge boon to the design process.

My birthday is coming up this weekend and while I don’t think I’ll be doing anything then, I do plan to celebrate it sometime this month, so that’ll probably affect development speed that weekend.

Also, on the weekend of October 4th-6th, I will be a mentor at the game jam, Chillennium which I highly encourage you to check out.  Chillennium was the first ever game jam I participated in, and during my final year at college I won the VR award for Dimensional Shift.  I’m extremely excited to help mentor up and coming game developers.